A client called me with this error. She was receiving a blue screen of death (BSOD) with the error “IRQ_NOT_LESS_OR_EQUAL”. After reading a few forums, I thought either the sound card was interfering, or I had a corrupted page file. It was point #6 of RWatson‘s post that brought the page file to my attention. Some people suggested bad RAM, but that didn’t sound right to me.

I booted into safe mode and disabled the paging file (again, see point #6 on how to do this). That did the trick. I then put the page file settings back and rebooted again. All systems go. 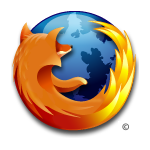 I’ve used Mozilla products in their various forms for years now. First with the Mozilla suite, then to Phoenix for a little bit, then realizing it was too buggy for my tastes so back to Mozilla Suite, then over to Firebird (0.3 or so if I recall) for a little while, back to Mozilla, then finally the combination of Firefox and Thunderbird. I landed on those two primarily because I like Thunderbird better than Mozilla Mail, and (at the time, before Seamonkey) the suite was probably going bye-bye. I wasn’t thrilled about two apps using the same base of code taking up twice the footprint, but I learned to live with it.

A few things have always been consistent with these products: 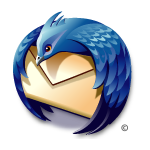 In the past, the first three items won out. Even though the software was slow and unresponsive, all of the other positives made up for it. Especially the IMAP support in Thunderbird. I’d be lost without it.

I’ve been using Opera as an “alternate” browser for a while now. I was first intrigued around the version 5 days. However, I basically just installed it, browsed to a few pages, then uninstalled it a couple days later. Same thing with version 6. I really started to like what I was seeing with version 7. I was able to get my then employer to pay the $30.00 to purchase it. Yes, that’s right, I actually purchased a Web browser. I must admit, if it wasn’t an employee expense, I probably never would have purchased it. Something about paying for a Web browser that just doesn’t seem right. But I really liked it for Webdev. Version 8 was a pretty big improvement IMO. This was the release that got me thinking about switching from Firefox. 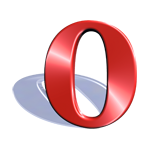 One of my main complaints with Opera has been the UI. I simply didn’t like it. Yes, it’s configurable, but I don’t want to have to do homework just to fix what I feel is an inferior UI. Enter downloadable Toolbars and Keyboard shortcuts. I found the “Hugin and Munin” configs and finally felt at home. I had the uncluttered UI of Firefox, with the goodness of Opera. I still didn’t feel like switching though. I had quite a bit of extensions with Firefox and not changing is easier than changing.
With the recent release of version 9, I made the plunge. I am now a part-time Firefox user and a full-time Opera user. I’ll explain the part-time thing later.

There are a few downsides, but mostly minor. As with any non-IE browser, some stupid sites browser sniff and complain that you’re not using there “supported” browser. Firefox users are used to this, albeit to a lessor degree nowadays. It seems the de facto “supported” browsers are IE and FF. Every once in a while you’ll see Safari on their list. Without fail, Opera is never listed. This really doesn’t present an issue if the site is not browser sniffing. But if they are, you may need to change the user agent of Opera. Unlike Firefox, this functionality is built-in.

There are a few sites that flat-out don’t work in Opera. A few that come to mind are Google Calendar and Zillow.com. That’s when I fire up Firefox. Hence my part-time Firefox usage comment. Ironically, some of the WordPress admin features don’t work as well in Opera. So when I post to this blog, I usually use Firefox.

Firefox is good; Opera is good. I’m a fanboy of neither. What I can say is that after using Opera 9 for a few months, I am quite pleased and glad I switched. Your opinion may differ.

Beings that both browsers are free, there’s little reason not to download and try either one or both. Using a piece of software is the best (ok, only) way to know if you like it!

Found another great example of the reason I started this blog. I was experiencing IMAP connection caching errors in Thunderbird. So I googled “plesk imap connections” and boo-ya there was the fix as the first result. Thank you Google, the internet, and kind Samaritans!

BTW, here’s the fix for increasing Plesk‘s default Courier-IMAP connections. I was receiving the following error in Thunderbird 1.5.0.7 on XP:

Unable to connect to your IMAP server. You may have exceeded the maximum number of connections to this server. If so, use the Advanced IMAP Server Settings dialog to reduce the number of cached connections.

If you need to make changes to Apache’s httpd.include file on Plesk, your changes will get overwritten. This was driving me mad as I needed to make changes globally, not just on a per-domain vhost.conf basis as is recommended by Plesk. I sent an email to the support department of my hoster, Knownhost, asking where the “raw version” of the httpd.include file was — meaning where was the data for which Plesk was overwritting my changes? My logic was that if I could find where Plesk was pulling this data to overwrite httpd.include, I could modify it to my liking. Andrew from Knownhost told me that the data that overwrites the Plesk config files is hardcoded into the websrvmng binary (this is a utility Plesk uses). Also, Plesk data is strewn about in various databases. Ugh! But, he did offer insight into how to get what I wanted.

The trick is to put your changes in the httpd.conf file which will take precedence over httpd.include (be sure to put it before the httpd.include directive). Well, that was simple. Thanks Andrew and Knownhost!

NOTE: I wrote this post months ago and forgot to post it. In that time I’ve upgraded to Plesk 8.0.1 and I’m really liking it. The above information still applies to Plesk 8, except they’ve moved and renamed httpd.include. No matter, as that file will just be overwritten anyway.